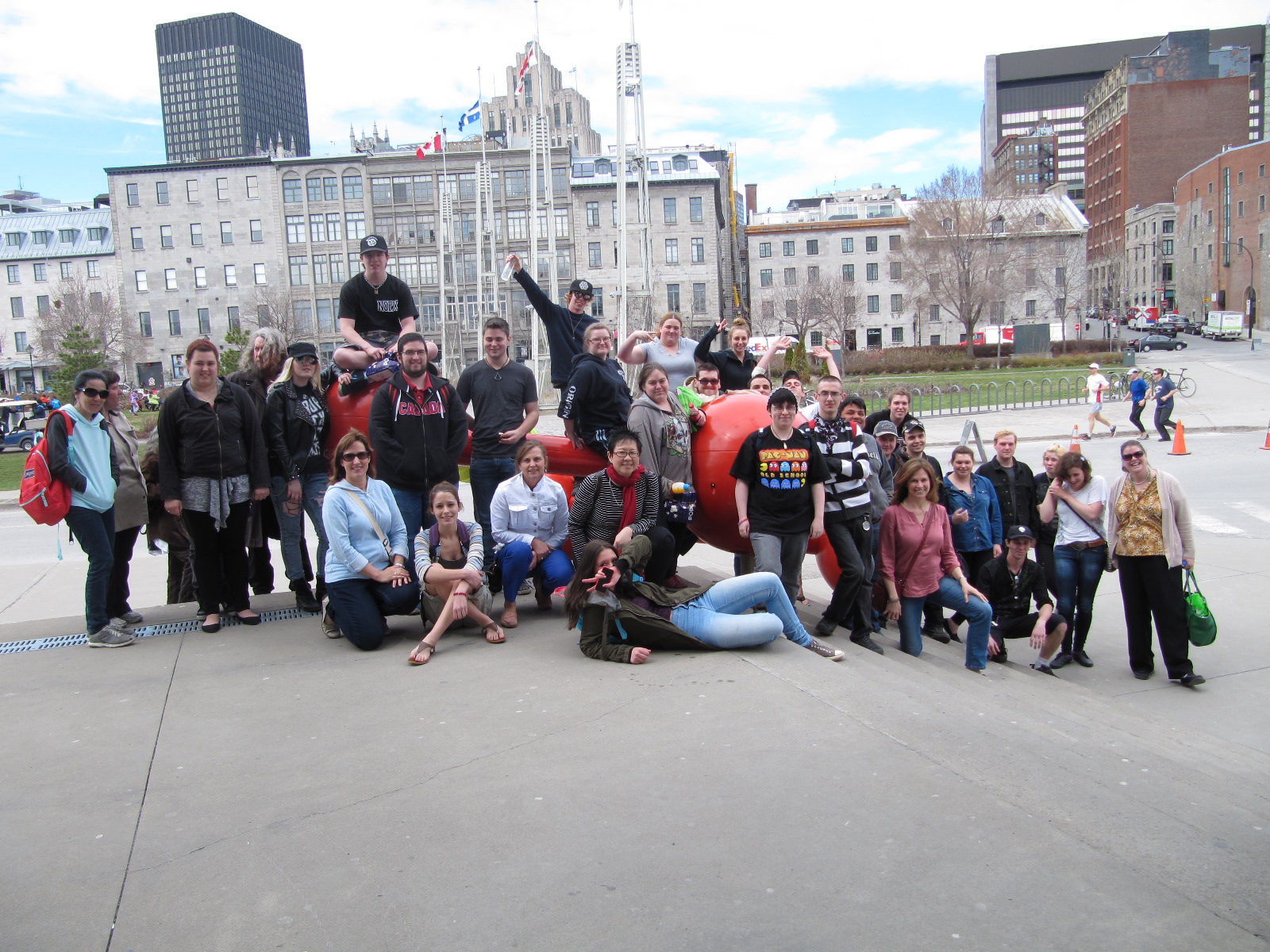 Everyone is familiar with Montreal, Quebec, right? Well, not everyone. For some HAECC students, Montreal was a new place to explore, even as young adults.

Thirty-five Formation Générale (Adult General Education) and Socio-Vocational Integration Services (SVIS) students, along with several staff members, teachers and later, HAECC Centre Director Daryl Ness, descended on Montreal on April 29th. First stop was the IMAX Theatre in the Old Port district, where Jean-Michel Cousteau’s “Secret Ocean” was viewed in 3D. Though very educational and beautiful to watch, the main complaint that was heard was “it was too short”! Many of us could have spent the entire morning plunged in the ocean cinematography.

The group then walked to the Chinatown district for a lunch-time taste of Chinese cuisine, culture, and shopping. There was something for everyone.

In the afternoon, McGill University’s Redpath Museum was explored. This small museum is a treasure-trove of information and exhibits presented in a traditional old-fashioned museum setting, complete with mummies, dinosaur bones, and even a shrunken head.

All in all, this educational – cultural – history laden outing was a worthwhile experience for the HAECC family, and one that will not be forgotten soon.