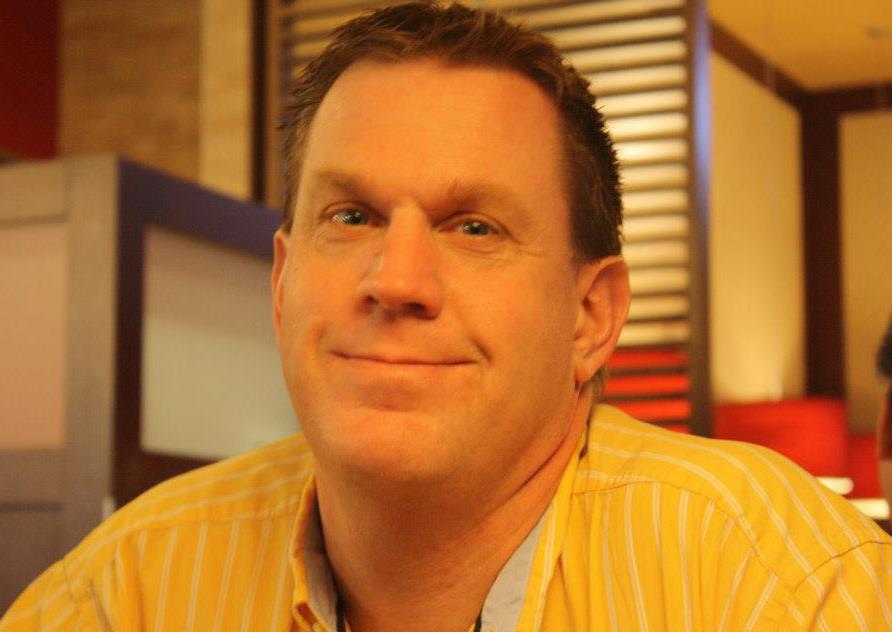 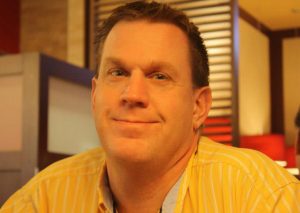 There were many sad faces at HAECC on Thursday, September 26th when Center Director Daryl Ness announced that he would be leaving the school to take on some new challenges for the Ministry of Education. Some of the students have known Daryl for many years because they were students at Heritage Elementary School when he was Principal there. It’s common to see Daryl talking hockey or joking around with students as they go about their day, he gets to know their interests and connects with them on a personal level. Daryl’s office door is always open and students stop by to see him regularly, to have a chat or bring him cookies that they have baked in the school kitchen.

Daryl will be missed a great deal by the staff and students. The students wanted to share some thoughts about Daryl.

“That he is a nice guy.” – Sheldon Goundrey

“The jokes he played on teachers.” – Francois Seguin

“He’s nice, he understands people and never gives up on them.” – Shania Beauclaire

“He makes people’s lives so much better, and when you see him you are happy.” – Adam Boness Cotterell

“He is friendly” – Jeremy Caron

“That he is an awesome principal and very funny” – Meghan Condie

“He is good to talk to.” – Christopher Phillip Deschamps

“He is a good friend.” – Brian Patenaude

“He is a very friendly fellow.” – Jason Ford

“He is funny and he cares about the students a lot.” – Amelie Schillaci

What are some of your best memories of Daryl?

“Going for a hike in the woods at his farm with the class.” – Jacob Galipeau

“He was there to see me nominated for the Citizenship award.” – Sheldon Goundrey

“When I got in trouble he helped me to understand my part in the problem. He also helps me to calm down. He also helped me deal with problems when I was a student at Heritage.” – Shania Beauclaire.

“When I came to Canada and moved to Huntingdon I met Daryl as principal of Heritage. He gave me some advice and said if I am open to people I could make a difference in their lives. I won the citizenship award at Heritage because of that advice. Without Daryl, I would not be the man I am today.” – Adam Boness Cotterell.

“When he took me to Harvey’s restaurant after swimming.” – Meghan Condie

“When he comes to the class to joke with us.” – Christopher Phillip Deschamps

“He teases everyone and lights up everyone’s day.” – Bianca Abbott

“He is a fun person.” – Brian Patenaude

“He always makes me laugh and makes sure that I am doing well.” – Jason Ford

“I will always remember how he was always there for me when I needed him.” – Amelie Schillaci

What would you like to say to Daryl now that he is leaving?

“I hope he enjoys his new job. You’ll be missed by the staff and students.”- Jacob Galipeau

“Best of luck with your new path.” – Sheldon Goundrey

“Good luck buddy, each time the Canadians win I will think about you!” – Francois Seguin

“I wish you the best, you will be missed.” – Zach Scott

“I hope you’re happy with your new job and I hope that I could see you again. You’ve been an awesome Principal and Centre Director.” – Shania Beauclaire.

“I want to wish you luck with the new chapter of your life.” – Adam Boness Cotterell

“We will miss you.” – Christopher Phillip Deschamps

“You will be missed.” – Bianca Abbott

“I will miss you and I will be waiting at the front door to hold it open for you.” – Brian Patenaude

“I liked having him has a principal during all my years at HAECC and I hope he likes his new job.” – Amelie Schillaci