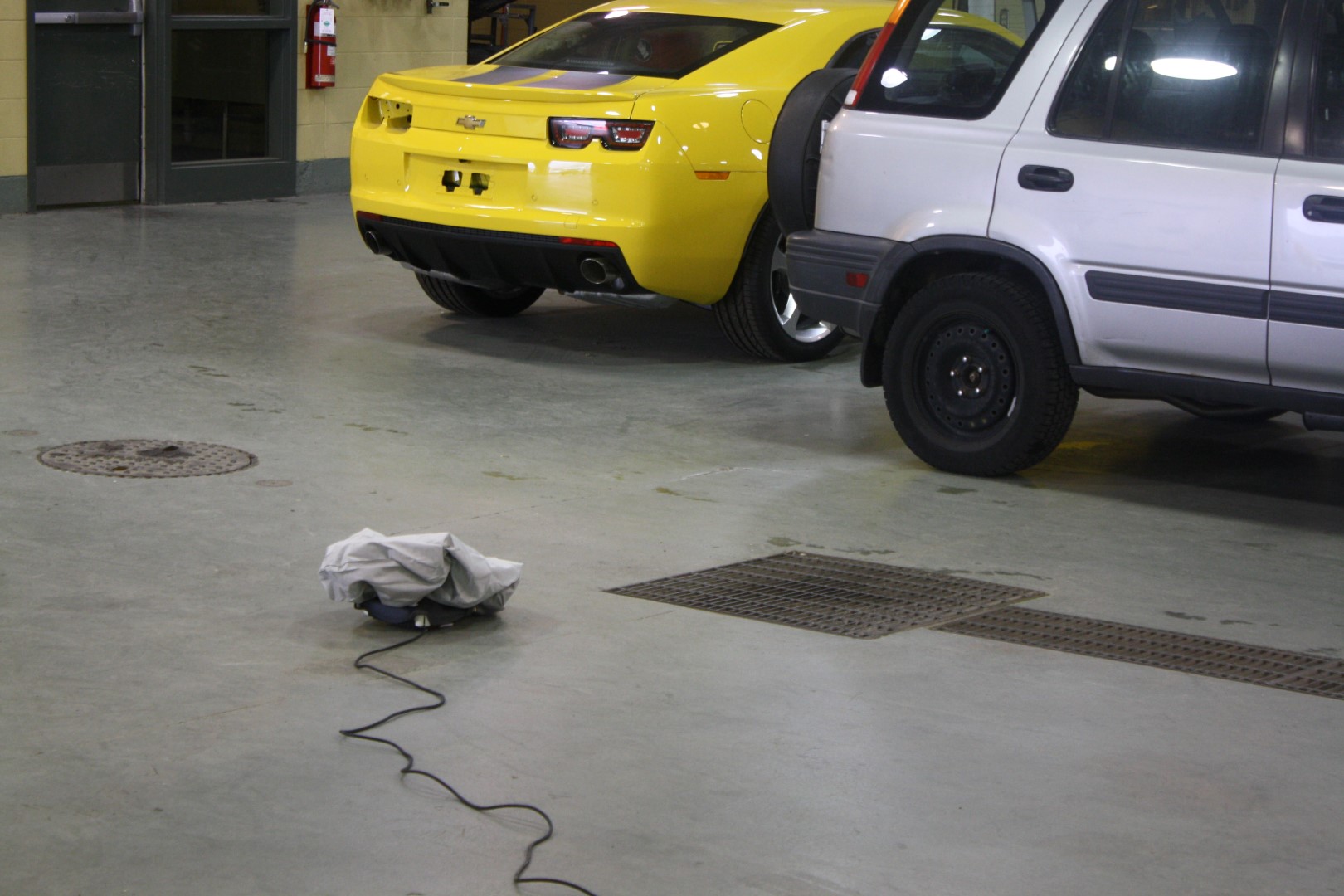 Module 20 of the Automotive Mechanics program is “Repairing Active and Passive Safety Systems”, sounds exciting doesn’t it… Don’t let the name fool you, actually it is! This is the part of the course where our students learn about Antilock Brakes systems, Traction Control systems, Vehicle Anti-theft/Immobilizer systems, and Supplemental Inflatable restraint systems (Airbags). Most of these systems are standard equipment on vehicles, so you can be sure that our students will have to service and work around them in the trade.

Due to the proliferation of these systems, it’s easy to become complacent working around them. They are relatively safe, but certain precautions have to be taken.  For the driver and passengers, airbag systems can save lives, but for first responders and service personnel they can present certain risks if not approached properly. To try to “drive home” (get it? drive?… everyone’s a critic) the potential for injury if service procedures are not followed to a “T”, we often deploy several types airbags per module. One of our students took a video of just such a deployment in the shop; this was a single stage driver’s side: CHECK IT OUT!

It certainly does grab one’s attention doesn’t it?

This time around, a discussion came up about measuring the actual resistance of the inflator module. Although some aftermarket classes may recommend it, manufactures go to great lengths to make sure this is NEVER done during service. There is simply no need. However for the sake of knowledge, and getting to blow stuff up, we set up an experiment to see exactly how much voltage and current it would take to deploy an airbag. The following image is from an oscilloscope trace of the deployment.

The yellow trace represents current flow, and the green trace represents voltage. As you can see, things started to get interesting as low as 1.5 Volts and it was over by 2 Volts. Certainly don’t want to go poking around with a test light, or even a Digital Multi Meter for that matter regardless of how much current it took.

When performing these deployments all safety procedures are followed; a perimeter is set up (deemed safe by the manufacture, GM Document ID: 2161855) 2-3 times the safe distance from the module being deployed, in the case of passenger side modules, they are bolted to a deployment fixture recommended and used by General Motors specifically for this purpose. All students and staff must wear the appropriate PPE, and the surrounding area is notified of what will be taking place. As safe as we try to make it, there is always the possibility of error, but we try to minimize them as much as possible.