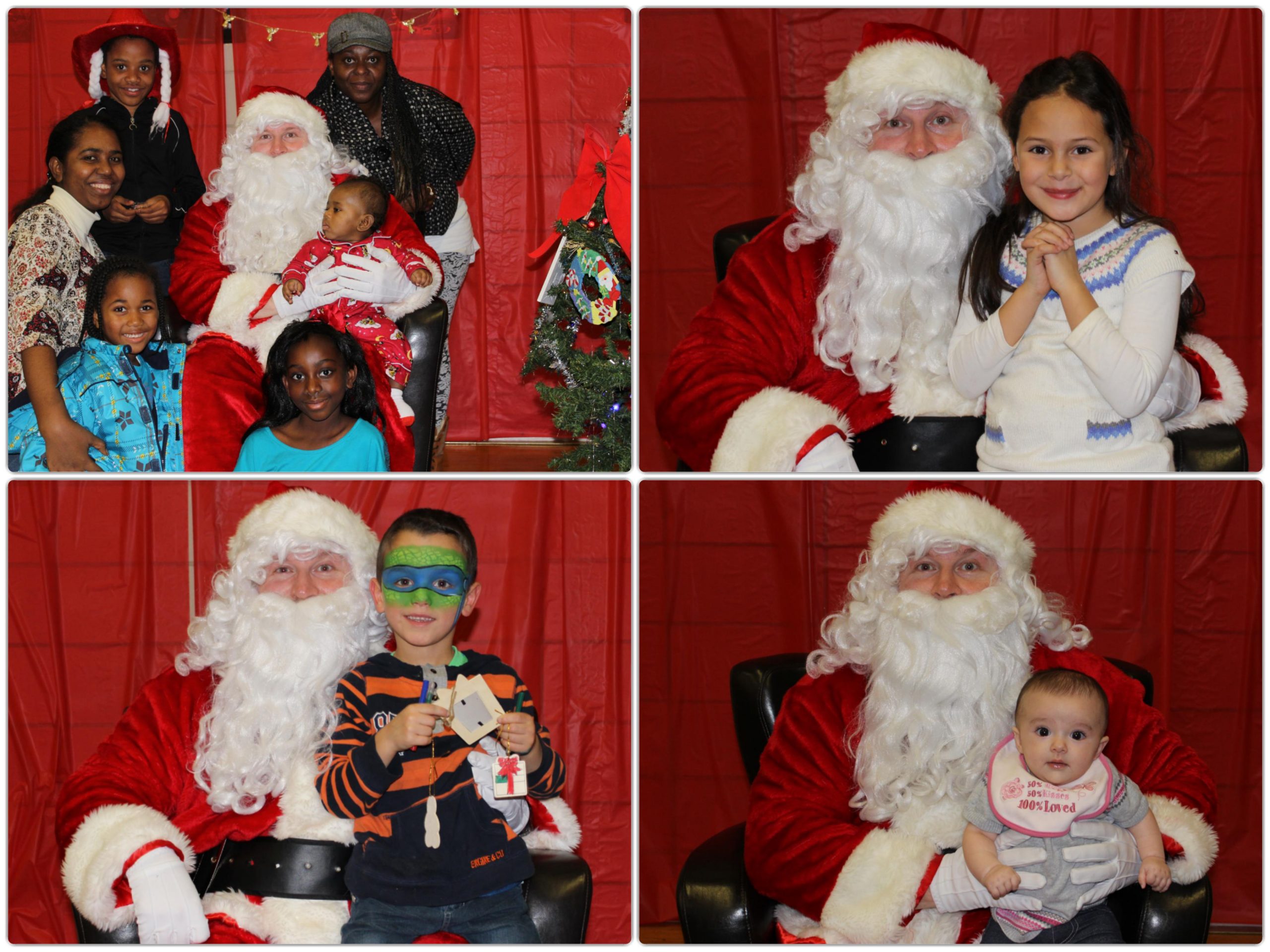 Santa Claus definitely was a huge draw, but musical performances done by the students from Mary Gardner and its neighbouring school école Marc-André-Fortier – were just as popular. The singers entertained the crowd as numerous community groups filled the gymnasium informing parents and community members of the services available in our area. Face-painting and craft tables were set-up to make this a family fun event. And finally the $2 spaghetti dinner was even more popular than expected as we unfortunately ran out of sauce later on the evening… so we’ll have to make sure to make even more food ready for next year.

A special thank you to our student volunteers from Howard S. Billings High school and école Louis-Philippe-Paré who volunteered doing numerous jobs to make the evening run smoothly.

Photos of children with Santa are available at our facebook page: CLICK HERE – as each child received a gift courtesy of either la Rencontre Châteauguoise and/or the Table De Jeunesse de Châteauguay (which is the organizing body of ‘Community Wednesdays’).

Our next event is February 4th – at école Gérin-Lajoie – under the theme «My budget, my finances, my family».