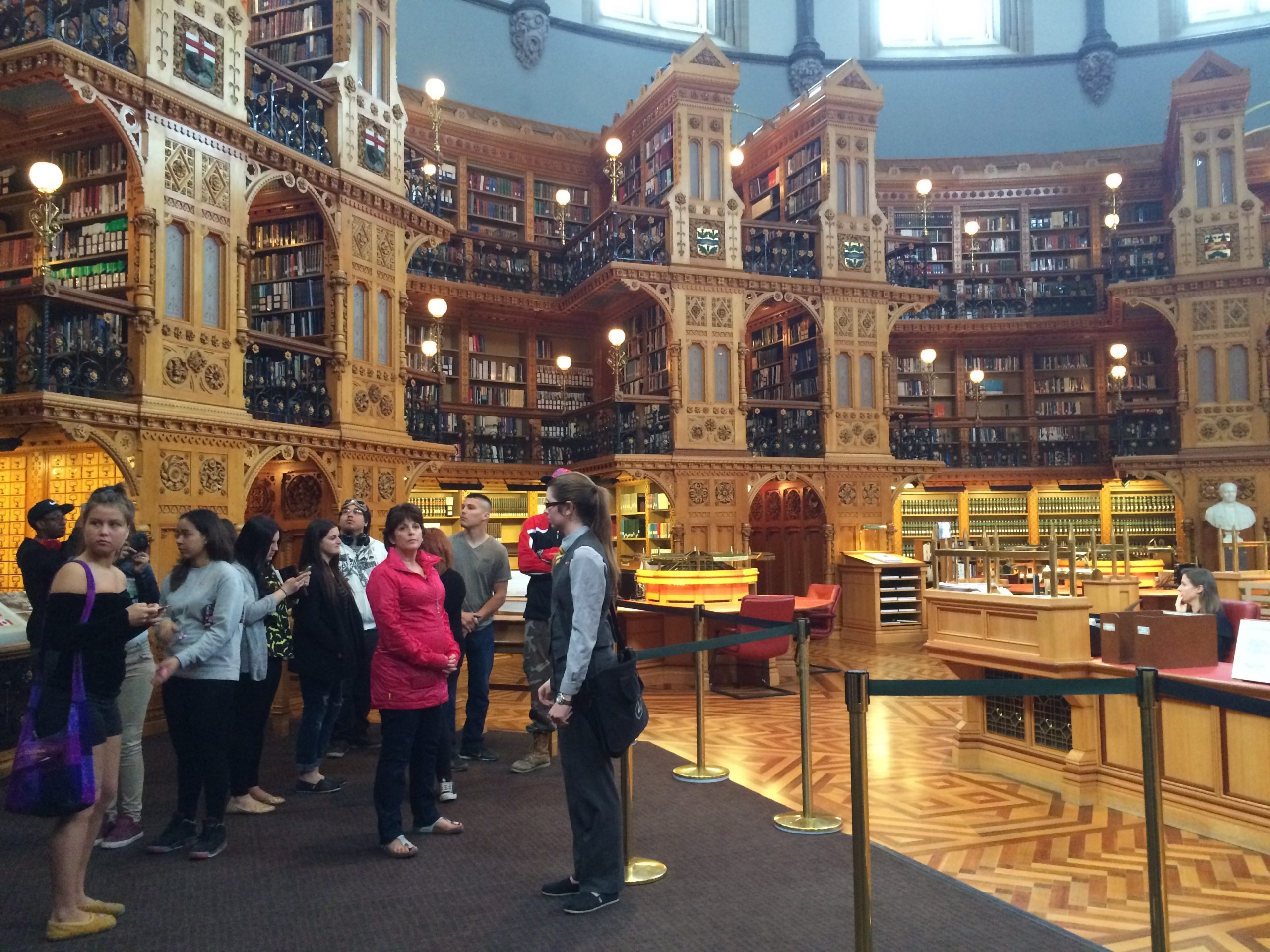 On Friday, May 1st, my NOVA History students participated in a day-long field trip to Ottawa. We had been planning this trip since February, and we were all extremely excited. We raised some funds by raffling off an Easter basket full of chocolate, and then were lucky enough to receive funding from the NFSB Golf Tournament to cover more expensive costs like transportation and admission.  In total twenty-three students and two staff members, myself and Marie Lawrence-Gault, travelled to our nation’s capital. This semester’s history curriculum involved learning about how the parliamentary system works in Canada, as well as learning about World War One and World War Two, so it was only fitting that we tour Parliament Hill and the Canadian War Museum.

For many of us, it was our first time inside the Parliament buildings. We were all incredibly awed, but the students weren’t shy to answer the tour guide’s questions or to ask some of their own. We saw the Parliamentary library, which miraculously survived the Fire of 1916, and the Red Chamber where the Senate sits.

At the War Museum, we went on a tour about Canada’s participation in the First World War and revisited how WWI helped to spur Canada’s independence from Britain. After a lunch in the sun on the terrace, we took a tour on the Second World War. Students were particularly enthralled with the museum’s vast array of artifacts, including one of Hitler’s famous parade cars, a German U-boat torpedo, and the many WWII tanks used by both the Allies and the Axis powers. (I think many students would have loved to explore that exhibit a bit longer.)

Overall, we had a fantastic time and I think we all consider the trip to be a huge success. Perhaps this will be the start of a new NOVA tradition…