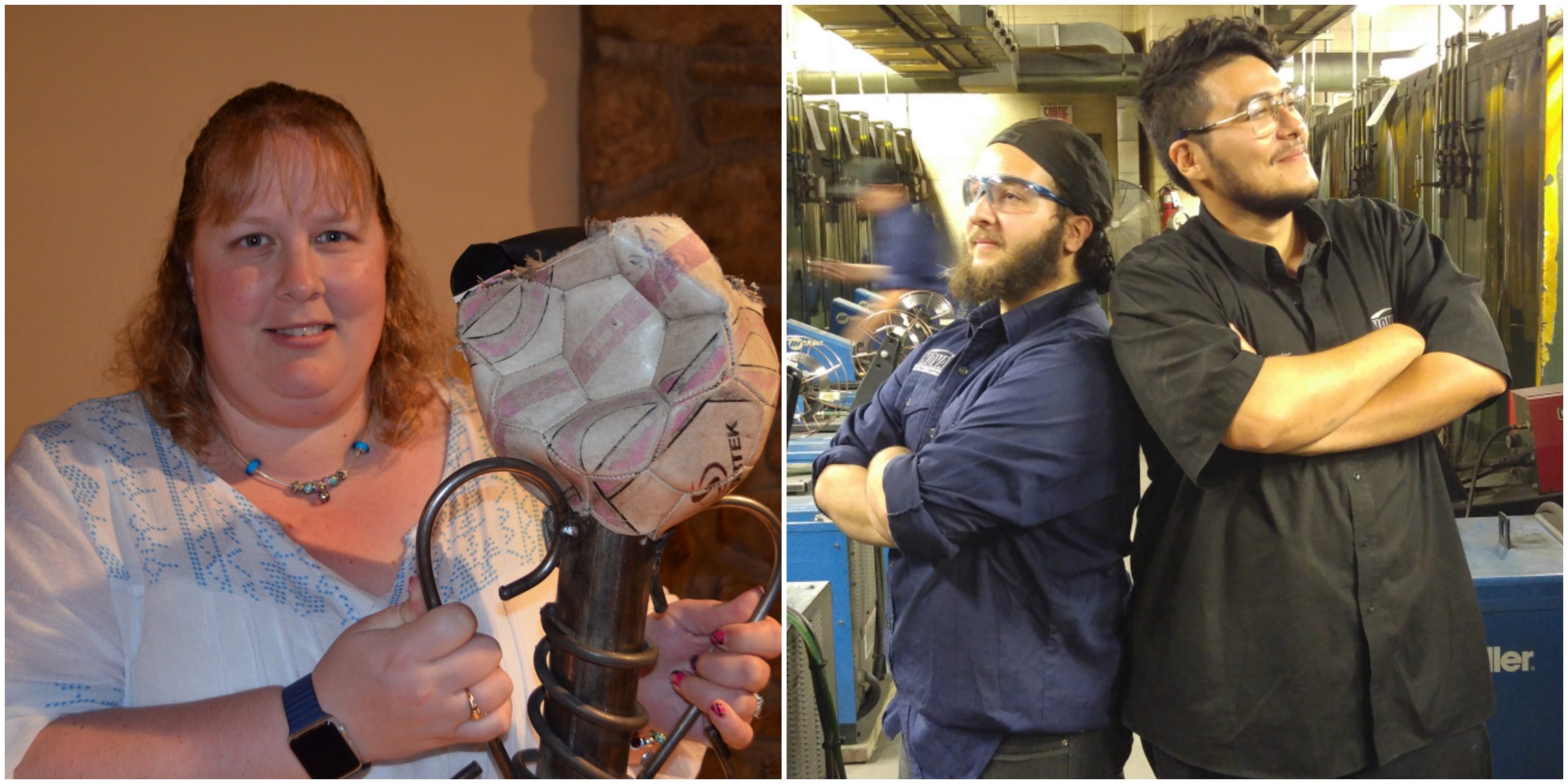 Every year the New Frontiers School Board holds a fundraising golf tournament to help support and fund innovative projects in our schools and centres. This year, for the 2nd year running, “soccer-golf” has also been an option for participants to try. But what is “soccer-golf”? It’s a combination of the two sports, where basically you kick a soccer ball down the golf course instead of hitting a golf ball. Participants literally ‘have a ball’ trying out this unique sport.

This year our Welding Department was asked if they would like to be involved in a small side-project and bring a little “championship hardware” to the event. As always the department stepped up and created a work of trophy-art in the process.

The trophy was named “The Shelley” in honour of Shelley McDonagh, the RECIT consultant and teacher at NFSB, who during the first event last year was a key figure in an unfortunate event for one specific soccer ball. The ball met its match when it faced off against a golf cart that Shelley was at the helm of, and needless to say the cart won that battle.

Legend has it, that the welders used that very same squished ball as inspiration for their trophy creation, but we don’t have confirmation on whether or not that story is accurate or not. Needless to say, when “The Shelley” trophy was revealed during the tournament’s banquet dinner afterwards, all were amazed by our welders creativity and well… sense of humour.

Finally, a huge thank you goes to welding student Michael Sztankovics and his teacher Nicolas Zuniga for taking up the challenge and having a blast in the process.