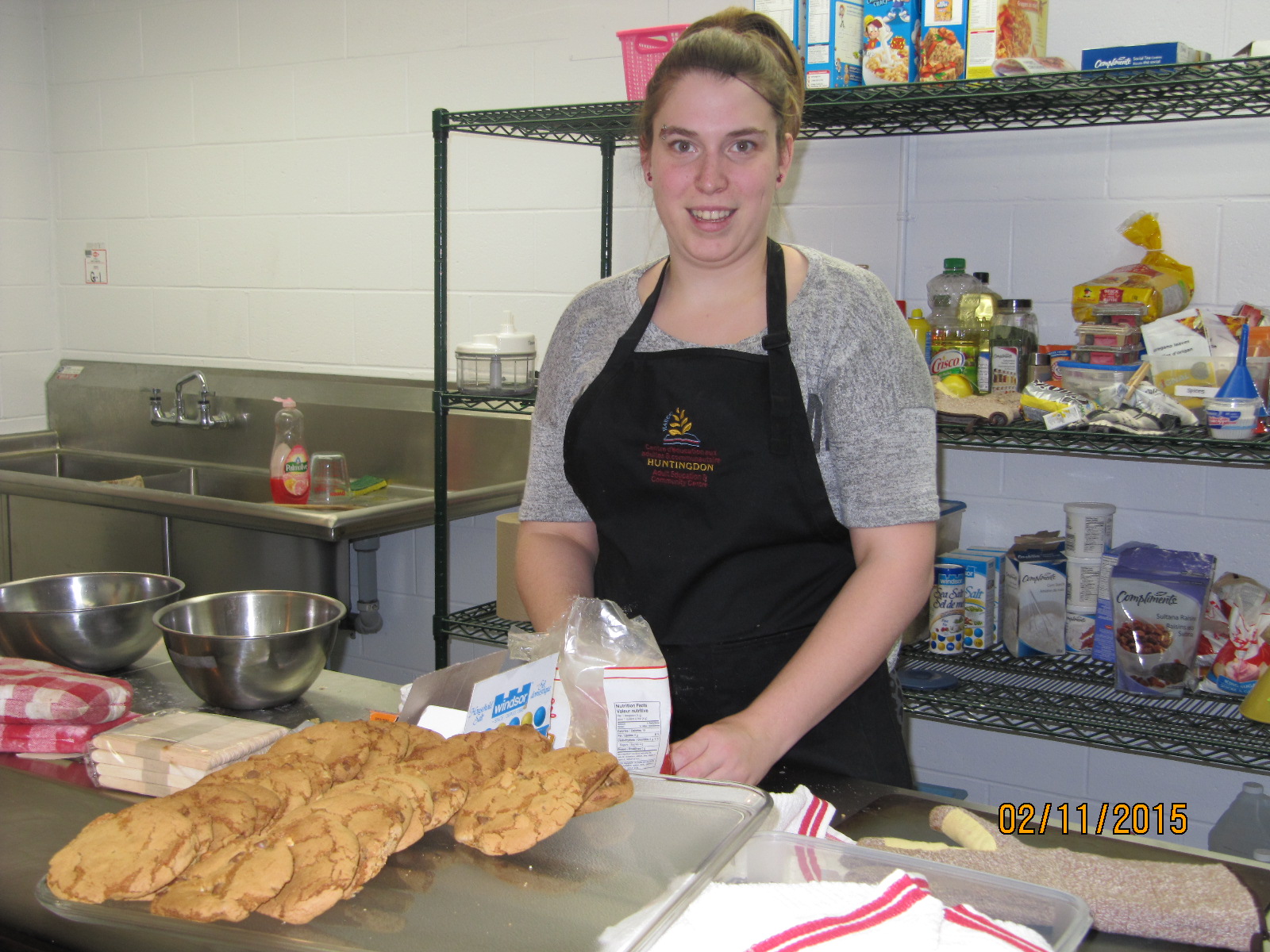 Saint Valentine’s Day festivities at HAECC included, among sundry other things, a delightful cookie bake-off.  The result of which was that everyone in the house was treated to a medley of desserts. Valentine’s greetings which included anonymous messages were circulated throughout the building, and much puzzled guessing ensued as recipients attempted to sleuth out the authors of the notes.  The students and teachers who comprised the cabal behind the celebration handled it perfectly and with great panache.  Organizer Patricia Marlin had a great deal of enthusiasm for the event, as well as a great time into the bargain.

In her words: We made this event so everyone at HAECC would be happy on Valentine’s Day, even though we celebrated on the 12th of February. I enjoy making yummy desserts like chocolate chip cookies with white chocolate chips. I volunteer my own time to bake for the school, so other students don’t miss their classes. Having baked goods available makes students feel more comfortable at the Centre.

The day was a terrific success with all parties enjoying themselves. This sort of event serves to strengthen the idea of community at the Centre, and as well, marks out the calendar with celebratory touchstones enlivening the school term.

And anyhow, who doesn’t relish a chocolate chip cookie from time to time?

cabal: (definition: a small group of secret plotters, as against a government or person in authority. 2. the plots and schemes of such a group; intrigue. 3. a clique, as in artistic, literary, or theatrical circles.)

into the bargain: (definition: in addition to the other facts previously talked about).