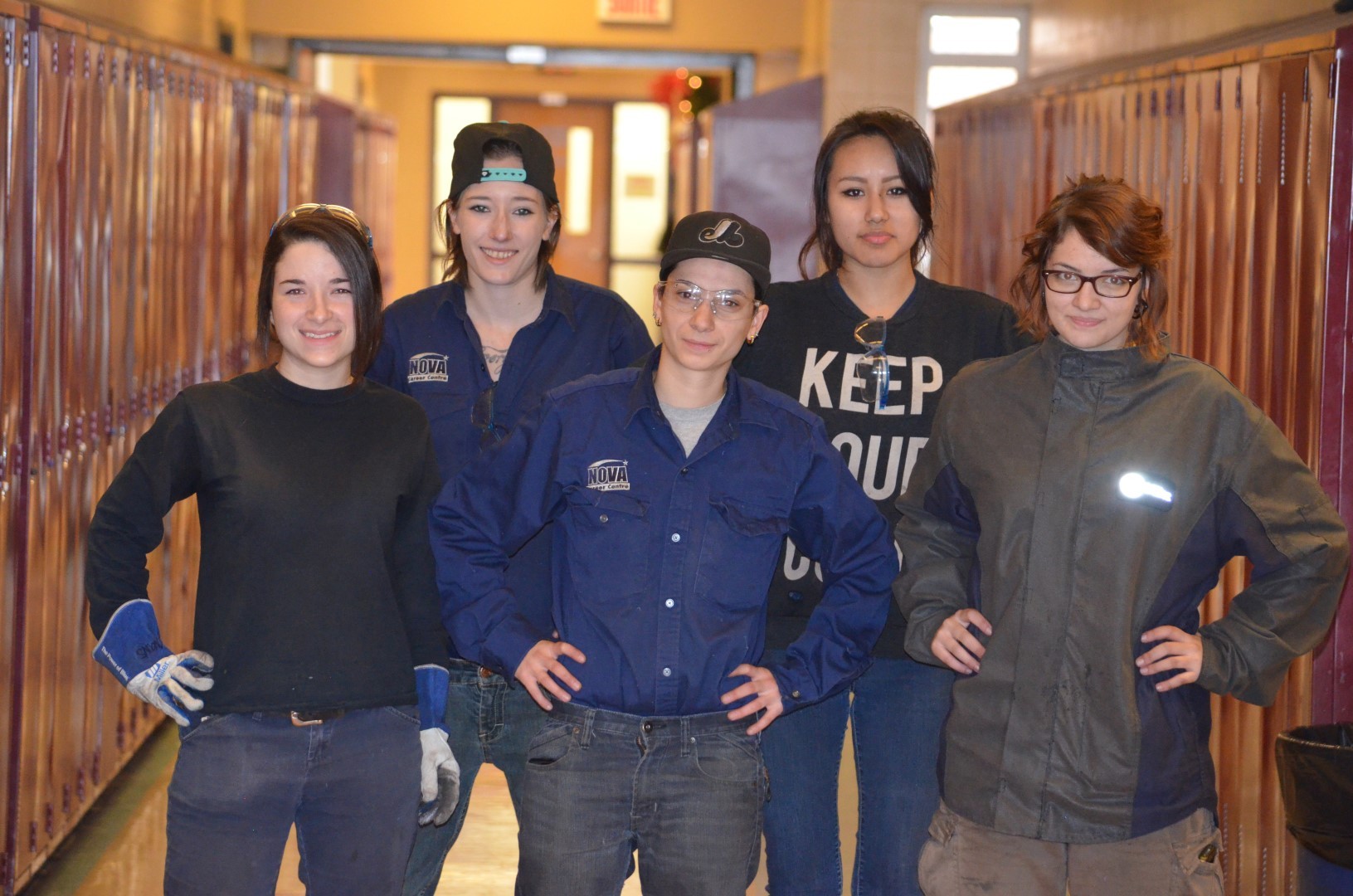 “Non traditional trades” is an expression used when someone works or studies in an environment which was historically targeted for the opposite gender.

Well, until now.  Here at NOVA, we feel that some trades are less and less “non-traditional”.  After a chat with these five exceptional women, we even feel we should banish the expression altogether.

Amy Ovans, Jessica Walker, Liana Tavares, Nikki Bruyere, and Valerie Miller registered in the Welding and Fitting program.  And they love it.

“It’s physical work, but there’s no difference between us and the guys” according to them.  They have to do the same work as the men in the program.  They were offered to use some tools “better adapted” to them, but they quickly shunned these to work with the standard tools used by everyone else. “After a while, we get used to these”.

Was the welding work what they expected? “Pretty much“, as some of them did a student for a day, and the work in the shop was what they had foreseen.  “In the beginning, it can be difficult“.  But they persevered. Then, there is the “a-ha” moment, where everything clicks. “Once you get it, you feel great“.

And teachers are “amazing“.  “They treat us like the guys“.

The program, in one word?

After a few seconds, Jessica said :”I’d like to change my word”.